On the morning of March 17, 1943, another “fearful march” began for Major Fergusson’s No. 5 Column. When they stopped at noon, they were forced to dig a dry river bed. They stopped at 4ft, to let the water seep in. Two of the six holes produced precious liquid: “… we managed to get half a bucket for each mule and a drink and a full water bottle for each man.”

On March 18 Wingate and 1,200 men reached Inywa village and crossed the river, as No. 3 and No. 5 Columns made for their new target, the Gokteik Gorge viaduct carrying the Mandalay/Lashio road and railway. This mission was ambitious, to say the least, as the Gokteik Gorge was around 150 miles away. Calvert’s No. 3 Column would blow the viaduct and Fergusson’s No. 5 Column would shield them, protecting the approaches. On the way, Calvert was as aggressive as ever. He set an ambush for a Japanese Company and No. 3 Column shot them to pieces – killing around 100 for the loss of one Gurkha NCO. In addition, 7 Column and 8 Column were to fight a highly successful action later (March 23), killing 219 Japanese for the loss of two dead and 17 wounded. The Chindits repeatedly demonstrated their ability to punish the Japanese.

Some Columns were luckier than others regarding supply drops. On March 18 Calvert’s No. 3 Column received 10 tons – Longcloth’s biggest supply drop. Fergusson’s No. 5 Column was in for 93 days and received just 20 days’ rations. No. 5 Column had received a two-day ration bonus for receiving the Brigade drop at Tonmakeng, but had to stretch seven days’ rations for 16 days before their next drop at Pegon.

On the 17th, Bernard Fergusson briefed his Column, with the men trying to ignore their commander’s rather tactless announcement that they were now further east than any other British troops. They reached the dry Nam Pan and then the flowing Nam Mit Chaung the following day. They took their first wash since crossing the Irrawaddy a week earlier. 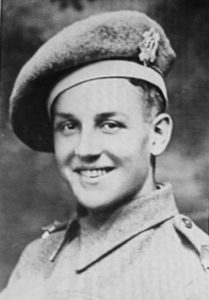 Fergusson was shocked by the dramatic deterioration in the physical condition of his men, now judged by the Medical Officer to be only 60 per cent effective. The Column Animal Transport Officer, Bill Smyly, was sure that the sudden fear of being alone in the jungle, even for just a few hundred yards, was due to the loss of two men who probably failed to wake one morning. The Column “snake” left the bivouac and the two unfortunates eventually woke to find themselves alone. “The effect on the rest of us was like a nightmare. What would we do in the jungle if we woke up and the Column had moved on? From that time each man was made responsible for two or three others, but we still had the nightmare because it had happened.”

After a few days an outbreak of what was believed to be anthrax killed off a number of Smyly’s mules, before finally petering out.

Fergusson’s instinct for danger was still finely honed. While waiting for Wingate to come up, having received fresh orders, he moved his bivouac for security reasons. The way down to the river had taken on the appearance of a track. A Japanese patrol soon attacked the now empty camp. Another drop was planned for March 23, but that meant going back to the dry bed of the Nam Pan, now 12 miles to the north; No.5 Column set out slowly for the drop site. The men were encouraged to take extra rest whenever possible. They noticed that more animals were beginning to drop out and die. They met up with No. 1 Column at Nam Pan. They had taken a drop but they warned that a Japanese unit had been tracking them. On March 23, No. 5 Column received a disappointing three days’ rations, then set out, as per fresh instructions, for Brigade HQ at Baw village. The next drop produced just one day’s rations. Then came the order to return to India. 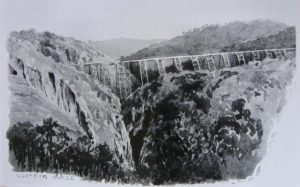 Wingate had been instructed to bring his Columns back. They would receive no more supplies when so far east. Calvert took the news badly – now he would never blow the Gokteik Viaduct.

Commenting on the order to return, Fergusson wrote: “This was wholly and absolutely unexpected.” He worried that the news would trigger “a disastrous frame of mind for soldiers whose whole safety depends on prompt, resolute and unhesitating action.” They were now ordered to break up into small dispersal groups, to increase the chance of reaching safety. Calvert’s Column was ordered to make its way independently back to India. The dispersal conference was called on March 30; they were to split into nine groups, each taking a different route west. In a straight line, it was around 120 miles to the east bank to the Chindwin, but the true distance in such heavily convoluted country was closer to 180 miles. Calvert’s men ditched all heavy equipment, including the wireless. They ate the remaining food. They would be living off the land, in an all-or-nothing fight to survive. Meanwhile the Japanese were bringing up more troops and turning the area between the Irrawaddy and Shweli into a gigantic mousetrap. 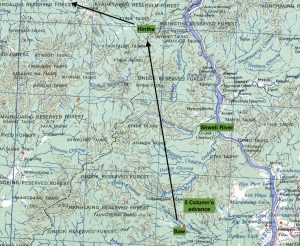 Leaving the Hehtu Chaung at 0100 on March 27, Fergusson’s No. 5 Column made for Inywa, where the Shweli enters the Irrawaddy. The plan was to reach the ferry town by 6 pm the following day and begin crossing that night. There would be tasks for each Column. Burrif HQ would help No. 8 Column collect boats from the lower reaches of the Shweli. No. 7 Column would cross first and form a bridge on the west bank. Brigade HQ would then cross, followed by Fergusson’s men – who would have the honour of forming the rearguard.

Major Fergusson described the approach march as “horrid”; there was some light skirmishing with an enemy patrol as they neared the river. No. 5 Column was ordered to lay an ambush. Fergusson organised a sloppy, noisy march along a Chaung, to distract attention from the rest of the force. They then made a false bivouac and lit enormous fires, set booby traps and quietly moved away to sleep for a few hours. They were one mile from Hintha village and they knew that there was every likelihood that it was occupied.